This gas is warmed buy a heat fan and driven under pressure via ducting directly into the chambers where it comes into contact with the shoes.

The pressure of the gas enables the ozone to penetrate deep into the fabric of the shoes to where the germs, sweat and bacteria reside - the source of bad odours.

The effect of the warm ozone gas is to sanitize, deodorize and dry the footware.

Air Purification - Each chamber has a outlet through which the used gas - a mixture of ozone, air, sweat and nullified bacteria - is expelled. This design feature ensures that ozone does not escape if the chamber door is opened during the cleaning cycle. The gas is then purified by circulation through Klenz's patented "Magicball" filter.

Ultraviolet Light - The gas mixture then passes through a chamber of ultraviolet light, which kills any remaining microorganisms in the disinfection and sanitization process.

Carbon Filter - The neutralized air is passed through the last filtering system, which is a carbon filter which removes any residual odours.

Water Purification - The ozone is reduced to oxygen through the water purification system and the safe air is discharged at the base of the device.

ATP (Adenosine Triphosphate) testing is commonly used in hospitals and the sanitation industry to accurately measure bacterial colony levels. By taking swabs from a trainer and using an ATP detector, we measured the levels of live bacteria before and after the Klenz treatment. 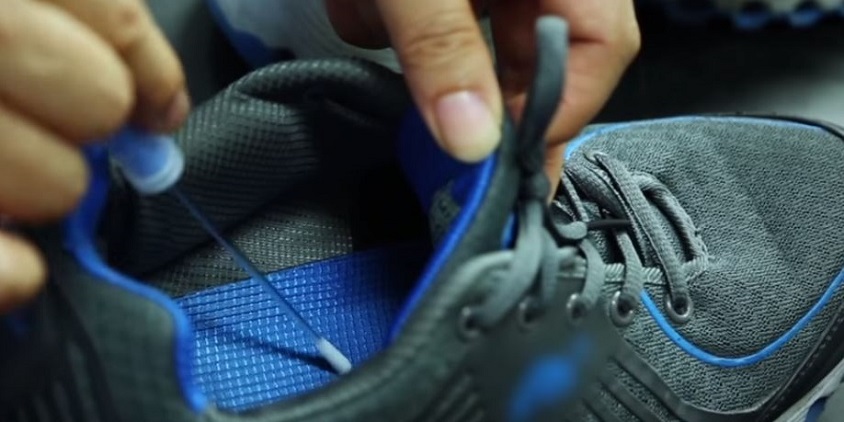 As you can see the RLU readings dropped from 1425 to 21 after using the Klenz sterilising machine,  clearly demonstrating the hygienic credentials of the Klenz system. The whole process is safe, produces no hazardous substances and is environmentally friendly.